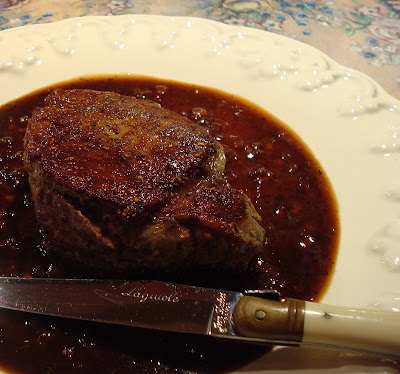 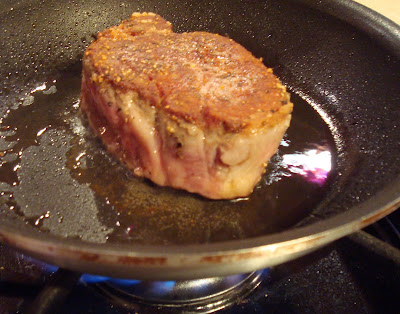 To get a nice crust on the outside of the filet: salt and pepper the meat, then dip it in olive oil. Put the filet in a very hot pan and sear each side for three minutes without moving it. Finish cooking by putting the skillet right into a 450 degree oven to reach desired doneness depending on the thickness of the steaks. This steak took 3 minutes in the oven for medium. Let the meat rest before serving. 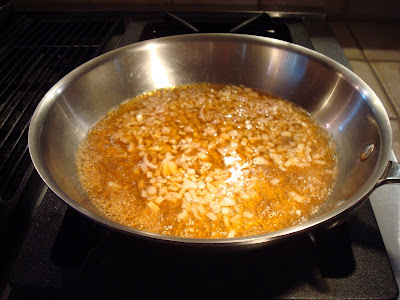 Cook 1 cup of Madeira wine with 1/4 cup of minced shallots and 1/2 teaspoon of thyme and reduce by about a third. 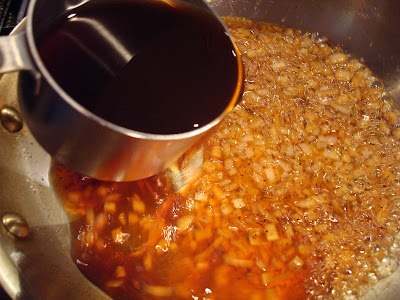 Then add 1 cup of beef stock and reduce further. 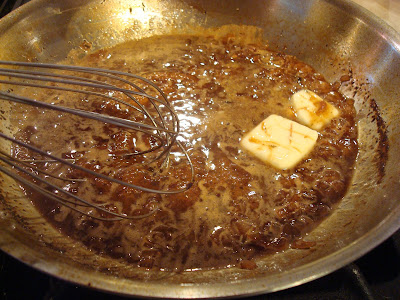 Whisk in 2 T. of butter and add fresh ground pepper and salt to taste.